How Gun Control Could Affect You

How Gun Control Could Affect You

“My son was killed by firearms,” and “I have the right to bear arms to protect my loved ones and myself” are some of the most highly debatable and some might say detestable statements in America. The Second Amendment to the US Constitution, the right to bear arms, is always a hair-trigger issue. Both sides of gun control hold equally valid points and reasons as to why they fiercely believe in their cause. However, have you ever stopped and wondered why it is that around presidential campaigns and elections the never-ending battle kicks into high gear. Propaganda is just one of the many tools of political campaigns to increase voter support and turnout. You could be a victim of the “war-time” advertising campaigns by politicians and not even know it.

The only way to combat this onslaught of gun control related propaganda is to properly educate yourself on the laws and regulations of firearms. Many individuals claim the right of the 2nd amendment to the US Constitution but never consider what it truly encompasses. Once you are properly educated you will be able to make an informed decision about the direction our government is taking in an attempt to bring gun control issues to an end. It is a ceaseless debate that does not have a clear cut answer; however, you will be able to discern the truth from the propaganda at the very least by educating yourself.

Many laws and procedural actions are in place to protect and uphold your right to bear arms such as the Oklahoma permit to carry, which is necessary if one wishes to carry a handgun either concealed or open carry. However, many do not agree with the fact that there are no such laws in place prohibiting someone from purchasing a handgun. These individuals would argue that because there are no laws barring many from purchasing firearms, it is all too easy to simply purchase a firearm and carry it concealed. This would effectively negate the purpose of acquiring a concealed carry license. It is hot debates such as these that may sway an uneducated viewer to believe incorrect assumptions and propaganda. Do not allow yourself to be one of those individuals, educate yourself properly on the laws regarding firearms. 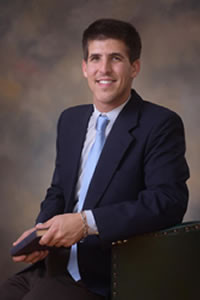 The Jeff Krigel Law Firm, PLLC is a full-service Oklahoma law firm dedicated to achieving your legal goals in a competent, trusting, and result oriented manner. The firm is based in Tulsa, Oklahoma, and handles criminal defense, family law, Tulsa DUI Defense, as well as other legal matters in all Oklahoma Counties. If you have been accused of a crime or injured in an accident, it is important to seek the help of a qualified attorney. Whether you are seeking help from a Tulsa Criminal Defense Lawyer, or have another legal matter, we offer free consultations and have payment plans available. There is no reason not speak with someone regarding your case. Give us a call today for an honest legal opinion regarding your criminal or civil law matter. If you have been injured in an accident, we handle cases on a contingency fee basis: if we don’t recover money for you, we do not receive an attorney’s fee.